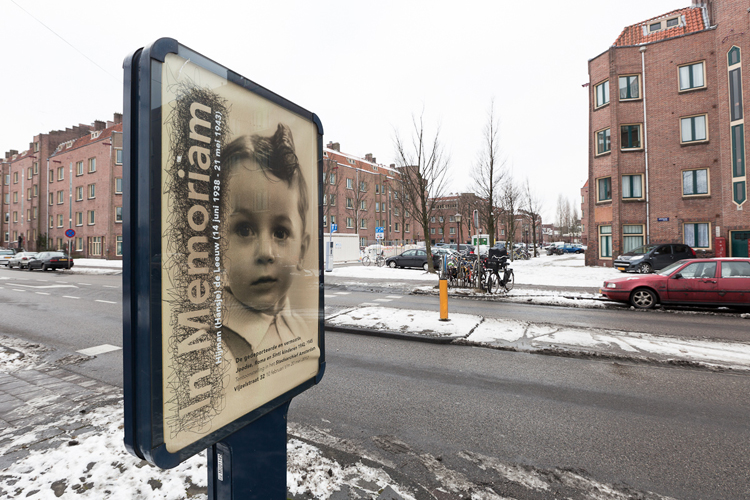 The deported and murdered Jewish, Roma and Sinti children 1942-1945

For the In Memoriam exhibition, we also designed the print work. A unique feature was the 15 posters, printed in a circulation of 15, which we made of the 15 children from the exhibition, and which were distributed throughout Amsterdam.

The exhibition was based on the publication by Guus Luijters, who collated the personalia of almost 18,000 Jewish, Roma and Sinti children murdered in the Second World War. The aim of the book and the exhibition was to provide faces for as many of the children as possible and to restore at least some part of their identity.