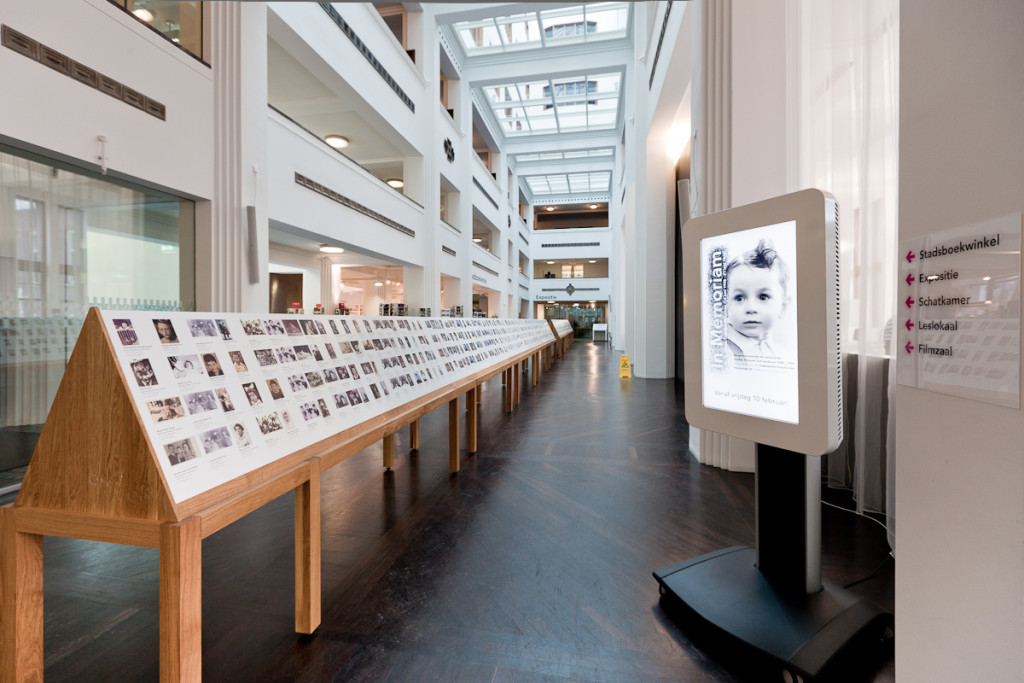 The recovered photos of almost 3,000 children were laid out on a seventy-metre long table, specially designed for the main hall of the Amsterdam City Archives. Sorted according to transport from camp Westerbork to the different concentration camps.
In the Exhibition space of the Archive, the stories of 15 of the children were told in more detail and on the walls the names of all the children could be seen. For this exhibition we also designed the print work. The 15 posters, in a series of 15, that we made of the 15 children, are truly unique.

The exhibition was based on the publication In Memoriam, de gedeporteerde en vermoorde Joodse, Roma en Sinti kinderen, 1942-1945. Author Guus Luijters collated the personalia of almost 18,000 Jewish, Roma and Sinti children murdered in the Second World War. Photos were found of 3,000 of these children, thanks mainly to the unrelenting search done by researcher Aline Pennewaard over many years. The aim of the book and the exhibition was to provide faces to as many of the children as possible and to restore at least some part of their identity.