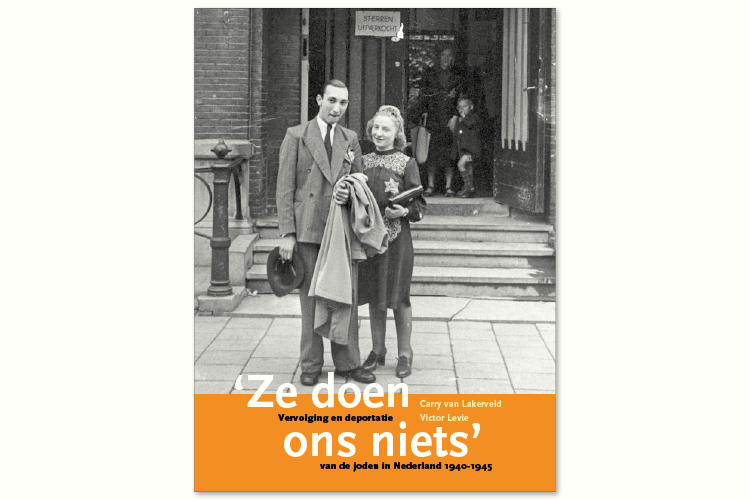 There are numerous scientific publications about the Holocaust, but what makes this book exceptional is its readability for a broad public. ‘Ze doen ons niets’ is an overview of the persecution and deportation of Jews in the Netherlands based on eyewitness statements, interviews with survivors, and other primary documentation from the Holocaust. It gives an overview of Jewish life before the war, the refugee camps and the German invasion and shows the unfolding persecution, deprivation and deportation. It discusses resistance and hiding, the camps in the Netherlands, Germany, Austria, Czechoslovakia and Poland, and answers the question why relatively less Jews survived the Holocaust in the Netherlands than in other countries.

Victor Levie co-authored this book with Carry van Lakerveld. It is based on the exhibition in the Dutch Pavilion in Auschwitz they developed and designed together.