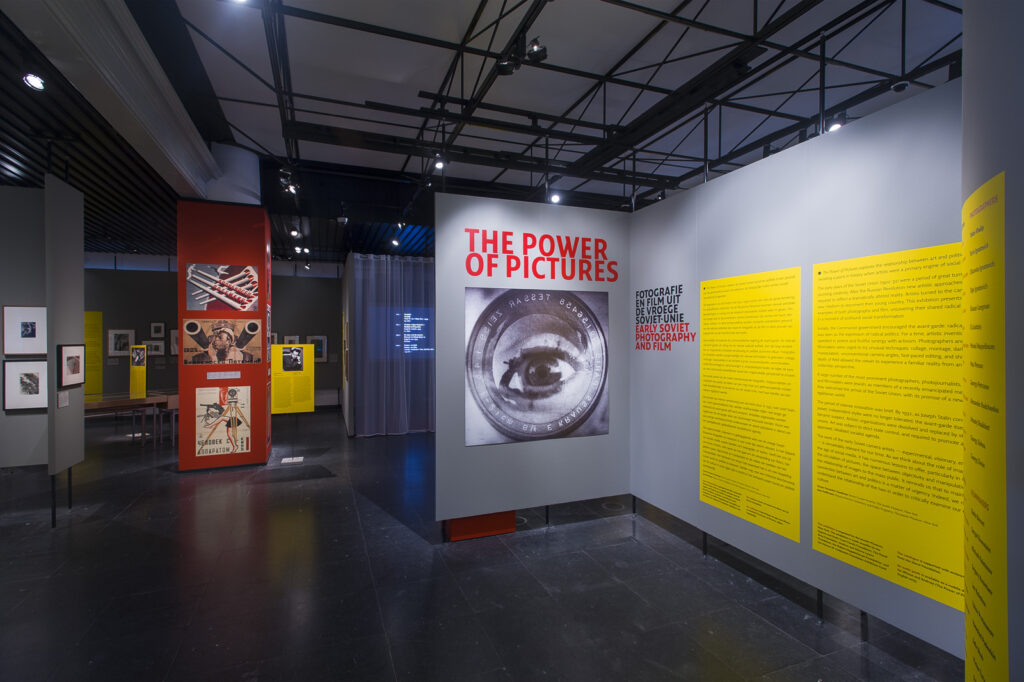 The Power of Pictures explores the relationship between art and politics, when artists were a primary engine of social change, in the early years of the Soviet Union (1922–32).  Artists turned to the camera as a new medium to document their young country.

This exhibition presents iconic examples of both photography and film, uncovering their shared radical aesthetic in a moment of profound social transformation. A large number of the most prominent photographers, photojournalists, and filmmakers were Jewish; as members of a recently emancipated minority, they welcomed the arrival of the Soviet Union, with its promise of a new, egalitarian world. For us as graphic designers, the extensive library of photo’s, film and posters is a great source of inspiration to this day.