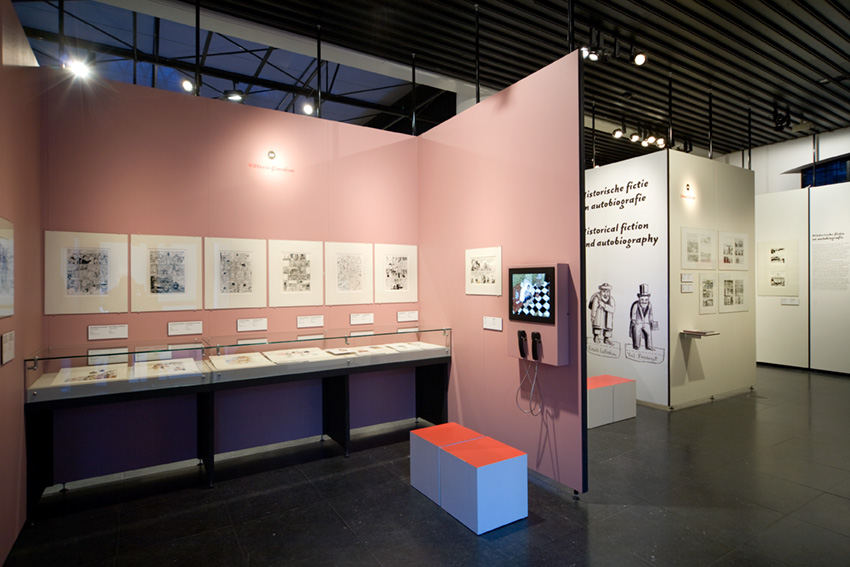 An exhibition on comic strip tales and graphic novels by Jewish comic strip artists featuring heroes and anti-heroes created by, amongst others, Will Eisner, Joe Kubert, Ben Katchor, reflecting not only the Jewish past in their own unique way, but also their humour. The strong black/white character of the Graphic Novel formed the starting point for the design.