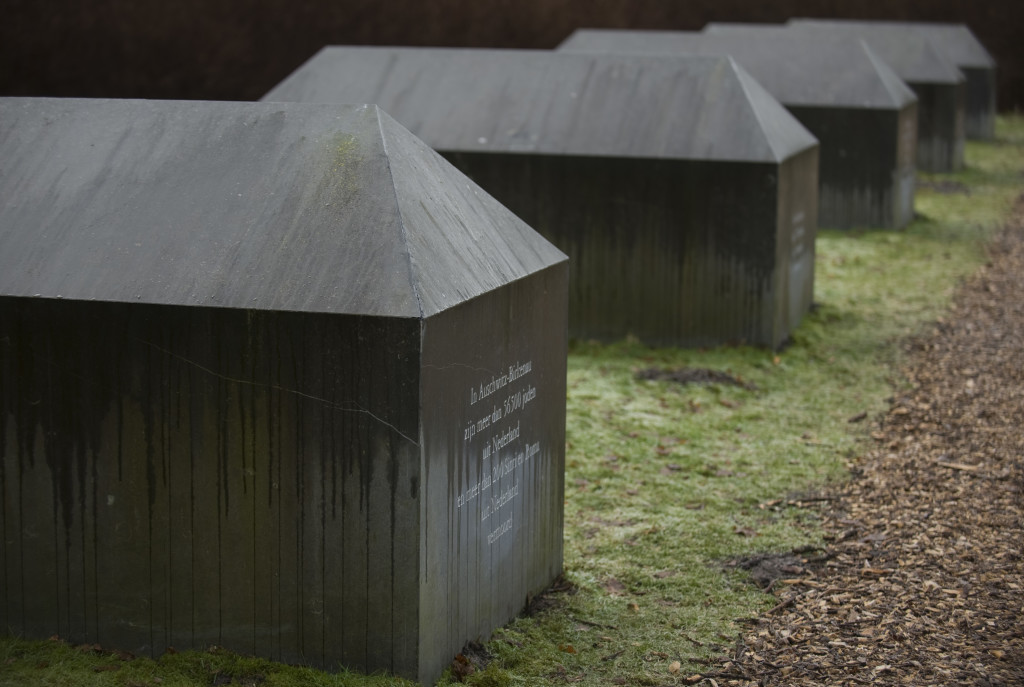 This monument(designed by Victor Levie, 2001) in former concentration camp Westerbork is placed near the entrance to the grounds of the camp. The initiative for the monument came from Jules Schelvis, one of the eighteen Dutch survivors of the extermination camp Sobibor. The different ‘houses’ refer to the different destinations of the deportation trains which departed from Westerbork between 1942 and 1944: Sobibor, Mauthausen, Bergen-Belsen, Auschwitz and Theresienstadt. On each is listed the number of deportees, as well as the number of people who died in the camp.
A detailed explanation and justification of the numbers can be found in the book Tekens in Westerbork, written by Carry van Lakerveld.