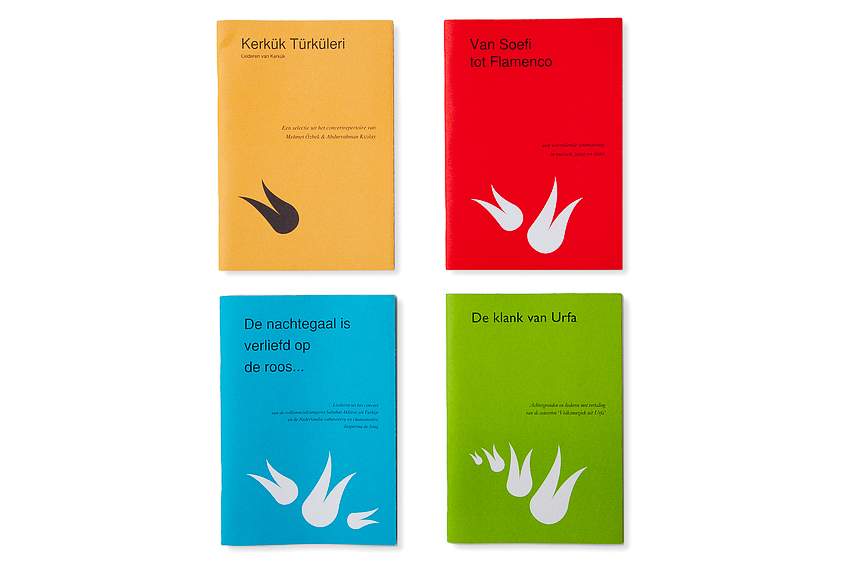 Stichting Kulsan has been producing music, song and dance from Turkey since 1987. The range of music it offers varies from traditional folk to classical, originating from the different populations and regions of Turkey, such as Sufi music and gypsy music. The foundation also organises cross-over concerts featuring musicians and music from Turkey, merging with music and music cultures from the Netherlands and Western Europe. We designed the logo and – up till 2001 – the various brochures and other print work.