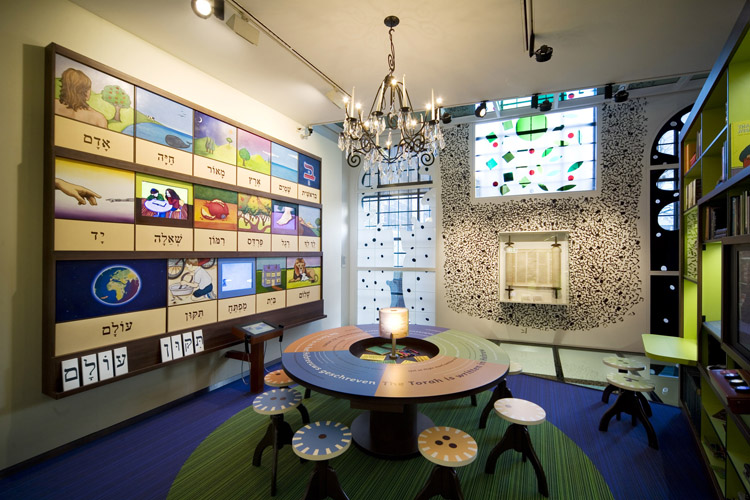 In this JHM Kindermuseum lives the Jewish Hollander family. Father, mother and their three children experience being Jewish in their own personal ways. Max de Matze is our guide in the three-storey house. In the design, we wanted the typography to blend in as much as possible. For example, the kitchen table tells us about the Diaspora, the dressing table in the living room about who or what is Jewish. And you can learn to write the Hebrew alphabet via the instructions on the lamp.

During the re-designing process of the JHM we were also responsible for the new house style, the routing and the typography for the permanent fixtures. In 2010, the JHM was awarded an honourable mention for its re-design by the European Museum Forum at the European Museum of the Year Awards.