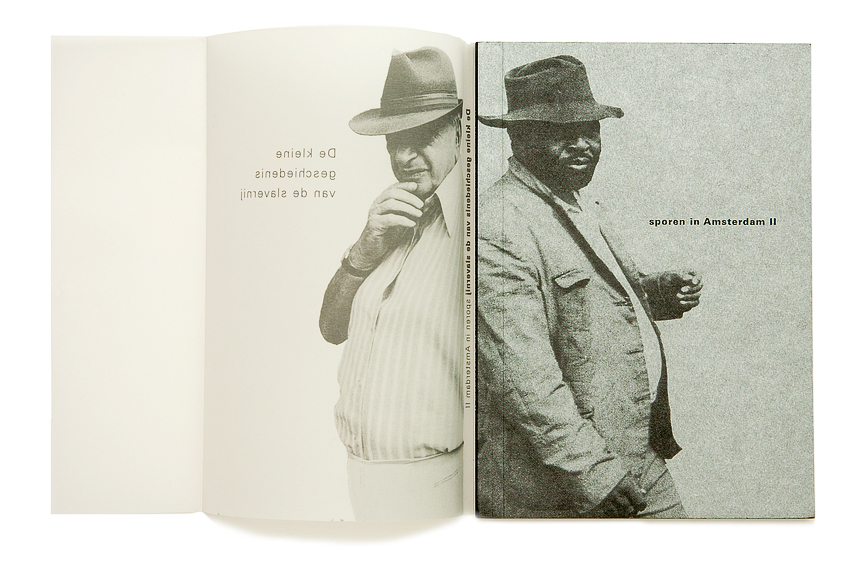 From the official home of the mayor to the Palace on Dam Square and the Stopera, the ‘tracks’ of the history of slavery are visible almost everywhere in Amsterdam.

Jossy Albertus and Marjoleine Boonstra have recreated these Amsterdam locations, inspired by a small-scale archive study, performed by the Gemeentearchief Amsterdam. Albertus takes portraits of black residents of Amsterdam, on the locations that played a big role in the lives of their ancestors. Boonstra shows us buildings that symbolise the former powers-that-be under whose regime the slave trade was coordinated from Amsterdam. Henry G. Dors sketches the historical context and guides us through the meaning of these tracks for today’s multi-ethnic society.