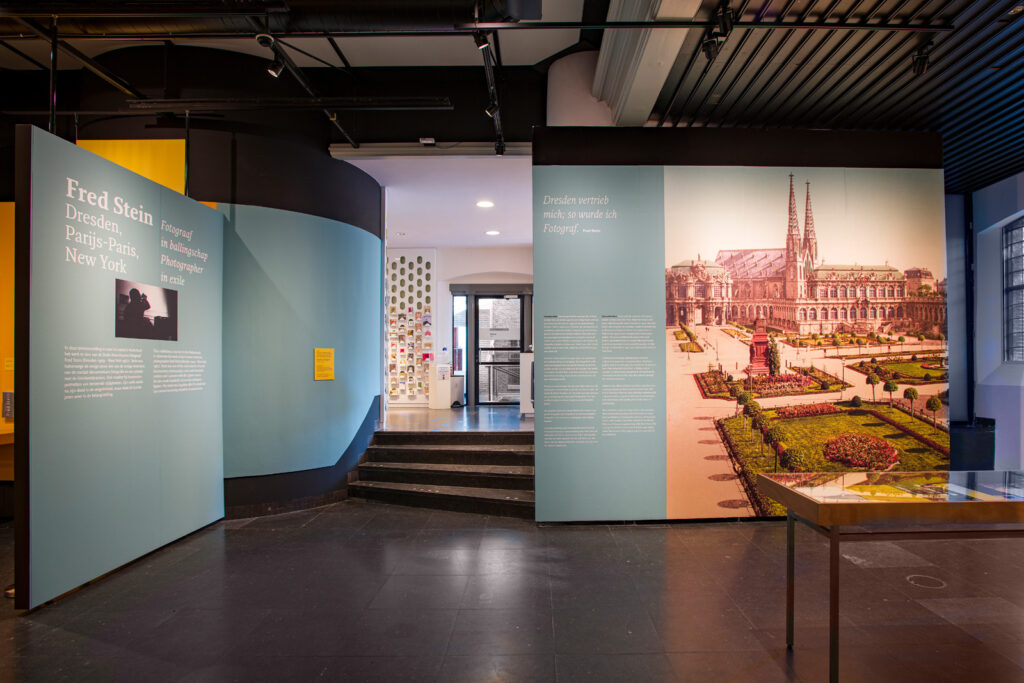 Fred Stein (1909-1967) was one of the early masters of social documentary photography, and he made numerous portraits of his famous contemporaries such as Albert Einstein, Marc Chagall and Hannah Arendt. Stein started his career in Paris, after fleeing Dresden in 1933 to escape persecution by the National Socialists. There he befriended photographers like Robert Capa, Gerda Taro and Chim. In 1941 he was able to escape to New York, successfully continuing his career there.

He used a Leica in Paris, and a Rolleiflex in New York. The use of these two film formats in different cities inspired us to divide the exhibition into two different colored spaces. The exhibition opens with a large colored post card of Dresden, the paradise and home Stein and his wife Lilo had to flee, as an overture to a life in exile.

This exhibition is part of a series of exhibitions on these photographers in the Jewish Museum that we designed. For other photographers included, see: Robert Capa, Chim, Leonard Freed, Saul Leiter, Roman Vishniac,  Boris Kowadlo,  Emmy Andriesse, Maria Austria and Eva Besnyö.