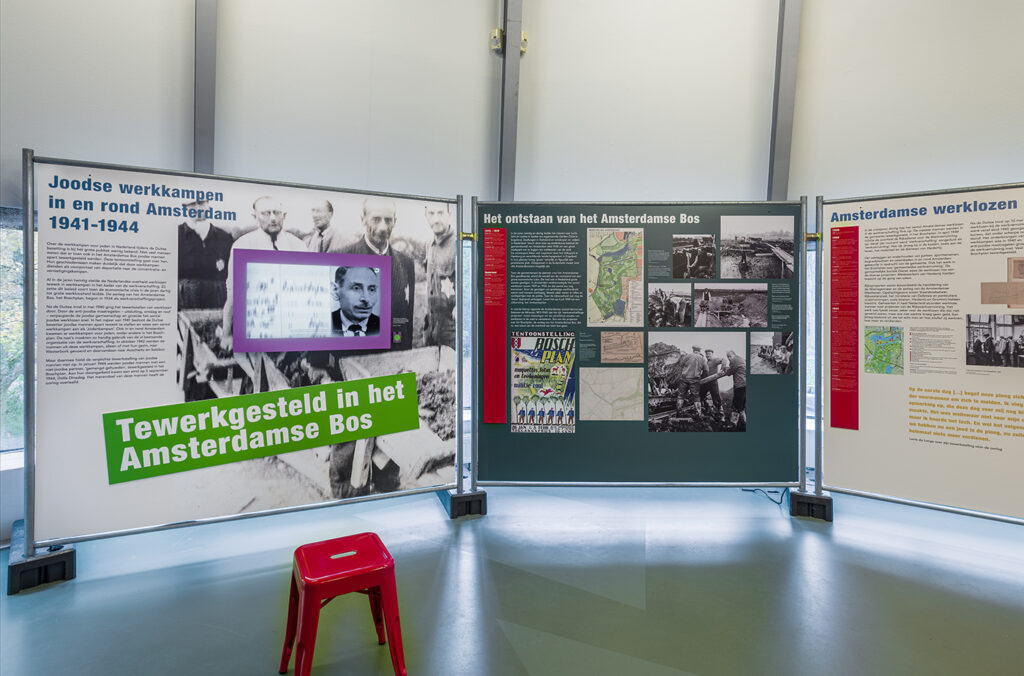 The Amsterdamse Bos was created as part of an unemployment project in the 1930s. After the German invasion of May 1940, unemployed people continued to be drafted to work here.The Jewish community was subject to social exclusion the number of unemployed Jewish men increased rapidly. The occupying German forces made good use of the existing work creation programmes and designated a number of labour camps as ‘Jewish camps’. In October 1942, these men were transported to Westerbork and from there onwards to Auschwitz and Sobibor. In January 1944, Jewish men with a non-Jewish partner were drafted to work on the Forest Plan too. Their forced labour came to an end on 5 September 1944, and most of these men survived the war.

The exhibition space in the Boswinkel was challenging, small, with no straight walls and mostly windows. To overcome this, we opted for an exhibition carrier made of scaffolding pipe and construction fences. In this way we were able to create a separate exhibition in which this tragic story is told.