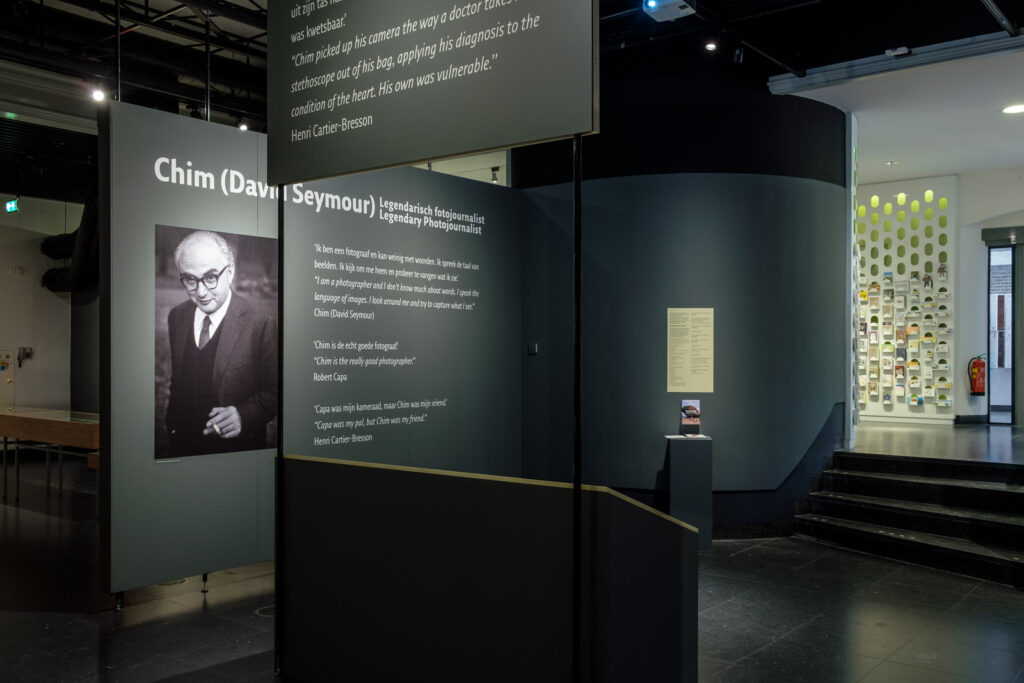 David Seymour was one of the greatest documentary photographers of the 20th century and, together with his friends Robert Capa and Henri Cartier-Bresson, founded the photo agency Magnum Photos in 1947. His photography covers a period of almost 25 years, from the early 1930s to his sudden death in 1956, and shows the most violent events of that time: the great pre-war political demonstrations and strikes in France, the Spanish Civil War, and the reconstruction of a devastated Europe after the Second World War.

This exhibition is part of a series of exhibitions on these photographers in the Jewish Museum that we designed. For other photographers included, see: Robert Capa, Chim, Leonard Freed, Saul Leiter, Roman Vishniac,  Boris Kowadlo,  Emmy Andriesse, Maria Austria and Eva Besnyö.