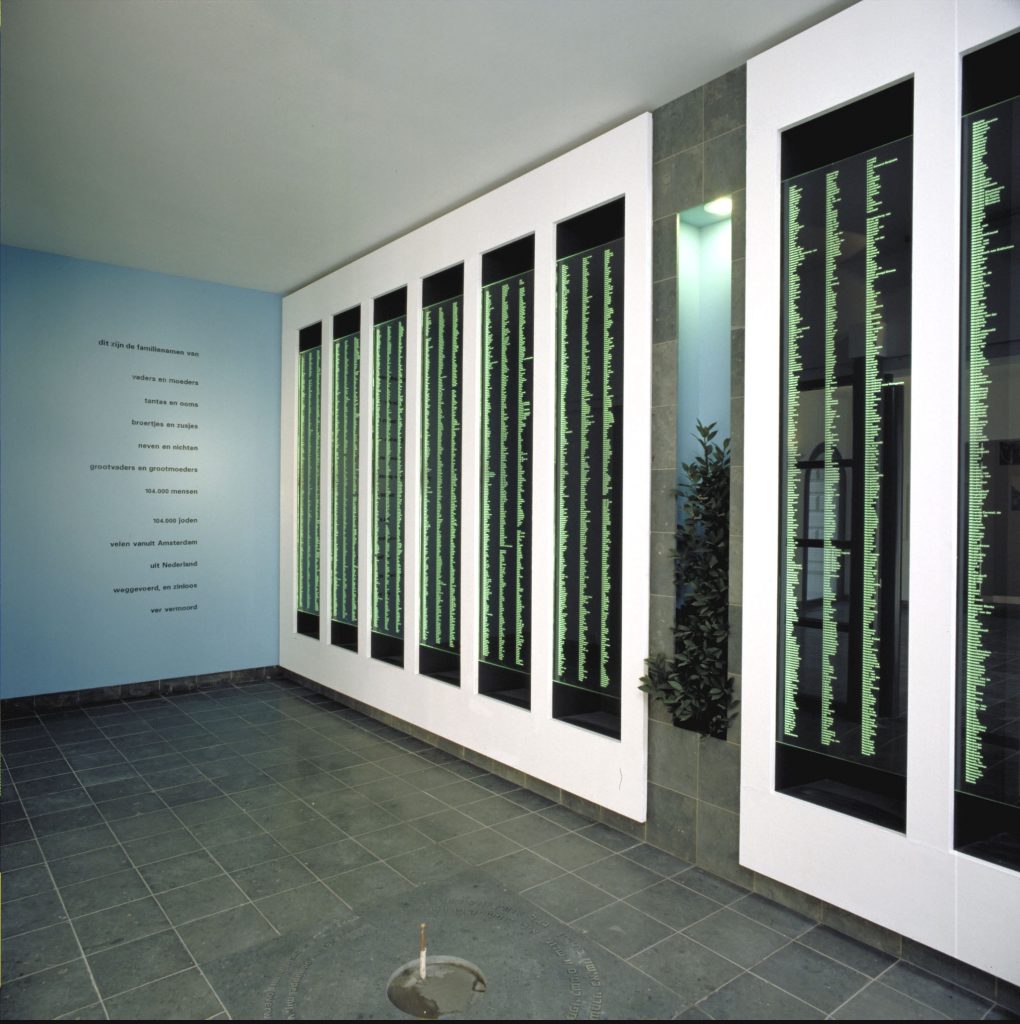 During the second World War the Hollandsche Schouwburg in Amsterdam was used a deportation place for Jews. In 1993 the Chapelle Ardente was designed by Victor Levie together with Rietbroek Oudijn Ontwerpers. A memorial wall with 6.700 family names of deported and murdered Jews was added. The names symbolize the 104.000 victims of the Nazi regime in Holland. Former mayor Ed van Thijn ignited the eternal flame at the occasion of the opening.