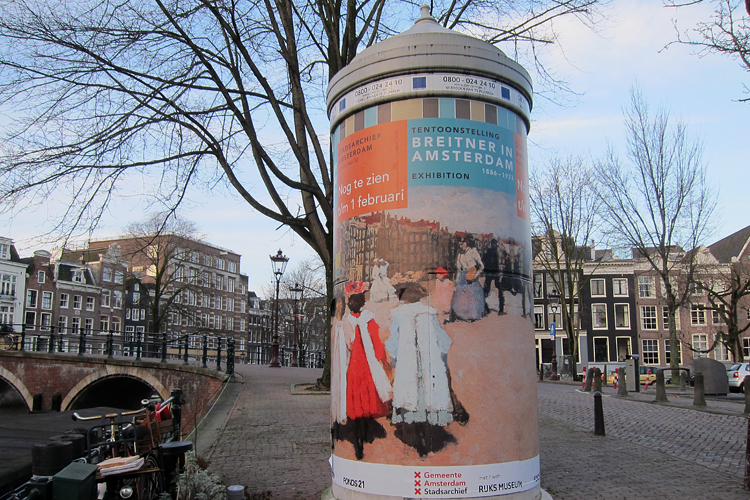 Posters for the exhibition Breitner in Amsterdam, which gave a fascinating picture of life in Amsterdam around 1900. Tram horses at Dam Square, servants walking down the canalside streets, urban development in the old city centre and the building sites in the outskirts of the city. Breitner recorded his first impressions in the street with sketches and photographs.He used this as basis for his monumental paintings and watercolours in which he captured the light and the atmosphere of Amsterdam.