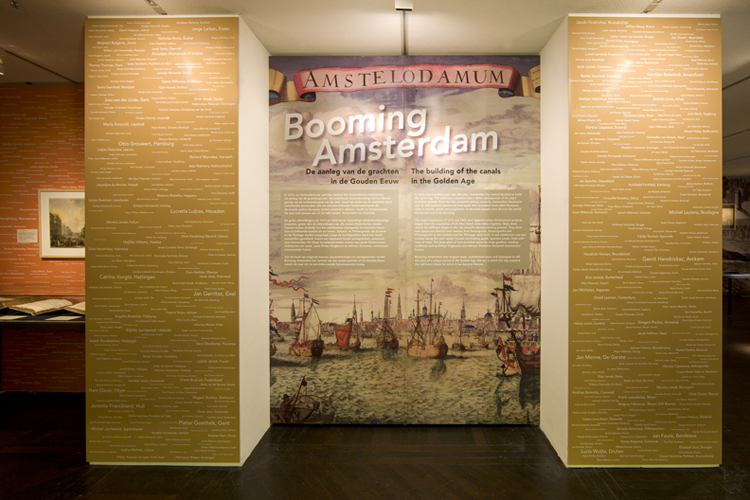 The building of the canals in the Golden Age

In 1613 Amsterdam city council decided to build the canal ring. This ambitious expansion was a direct consequence of the city’s turbulent growth. From the late sixteenth century onwards, Amsterdam developed into an international commercial metropolis that surpassed most other European cities in wealth, power and population. It attracted people from all over the world. Amsterdam was truly booming. Covering the walls of the exhibition were enlargments to emphasise the crowded city, the expansion and the new quarters.