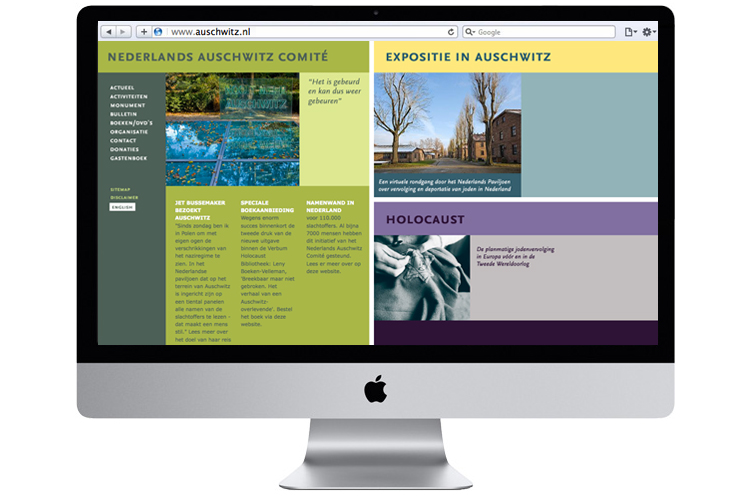 Following the opening of the Dutch Pavilion in Auschwitz, we were asked to render this exhibition accessible for anyone unable or unwilling to travel to Poland to visit the exhibition.
We decided to make a distinction between three areas in such a way that the NAC (Dutch Auschwitz Committee) represented the commemoration and remembrance of the Holocaust, that the exhibition told the story of the persecution and deportation of the Jews in the Netherlands, and a third section about the history of the Holocaust in a European perspective.