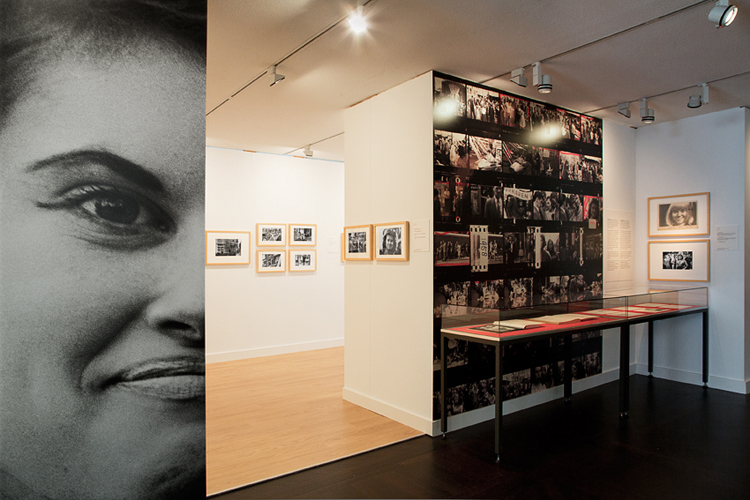 Exhibition on the occasion of the reprinting of the photo book Amsterdam! Ed van der Elsken, old photos 1947-1970, initiated by Kees de Koning. The pictorial story that graphic designer Anthon Beeke and photographer Ed van der Elsken (1925 – 1990) compiled in 1979 introduced the world to a unique and completely new concept.

The exhibition was composed of three layers: the outer ring displayed the book, spread for spread. In the middle we constructed a kind of gallery whose outer walls were covered with the iconic images that made the book so distinct, such as the famous photo of the girl with the candy floss hairdo at the funfair on the Nieuwmarkt, or the rowdy Teddy Boys on the Nieuwendijk. Inside the gallery we showed – extremely museum-like – the vintage prints from the collection of the Stadsarchief Amsterdam.

We also designed the posters.